BLADESCAN: ANOTHER BRIGHT IDEA FROM LEXUS

Lexus will mark another significant advance in automotive lighting technology with the world-first introduction of a BladeScan-type adaptive headlight system. BladeScan gives both an extended field of forward illumination and more accurate lighting control to support safer driving at night and in poor weather.

The new system sustains Lexus’s fine reputation for technical innovation: it was the first car manufacturer to introduce LED headlights, on its LS flagship model in 2007, and the first to produce adaptive high-beam headlights, again initially for the LS, in 2012.

The current system already benefits from automatic or adaptive high-beam LED lighting as part of the Lexus Safety System+ package of active safety features, to maximise headlight illumination without the risk of dazzling other road users. BladeScan goes further by providing more precise photometric control of the area of illumination in front of the car, with accuracy to within 0.7 degrees compared to around 1.7 degrees for the current technology. This means it can light up areas that would be difficult to see with a conventional high-beam system, such as the road margins, and give earlier illumination of road signs and pedestrians. 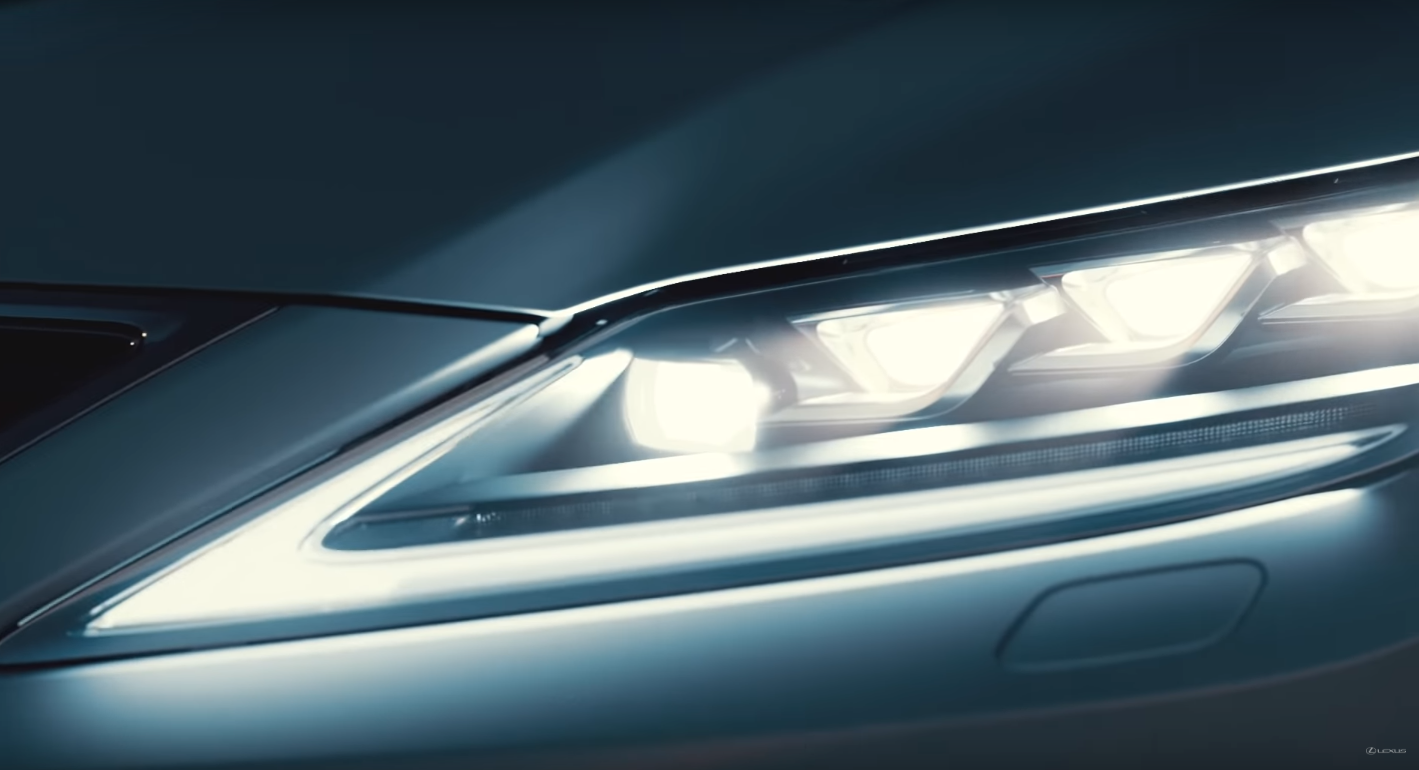 With BladeScan, pedestrian recognition at night has been improved to 56 metres in front of some car models, compared to 32 metres with the current system.

While other manufacturers have increased the number of LEDs in their headlight systems to improve lighting resolution, Lexus’s system uses a more cost-effective array of LEDs. These are contained in a compact module located in the front corner of each headlamp, alongside the familiar triple-eye light arrangement. Rather than shining light forwards, the LEDs in each BladeScan module cast light diagonally across two blade-shaped mirrors that rotate at high speed. The precise synchronisation of the mirror rotation and the switching on and off of the LEDs creates the shading effect; the light is then reflected into a lens which casts the beam on to the road ahead, without the risk of dazzling oncoming traffic or drivers of vehicles ahead.

BladeScan will be available later this year.